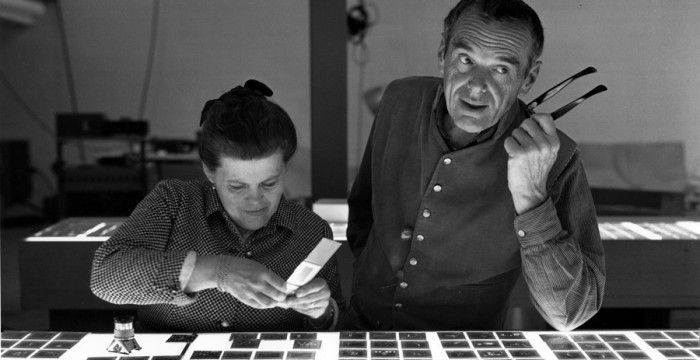 Would it really be a design blog if the first issue wasn't about the 20th Century dynamic duo that was Eames? The name is universally recognized in the world of design. Some odd 70 years after the couple began to produce their iconic furniture, creators and designers the world over have been trying to replicate (either literally or spiritually) what Eames started. So let's dive in.

Really, the name refers to two people: Charles and Ray Eames. Charles Eames, in the early 20th Century, studied and worked as an architect. Ray (born Ray-Bernice Alexandra Kaiser) Eames had a background in art, with a focus on abstract painting. The couple met in 1940 and soon were married the year after. As a couple, they were unstoppable. Early in their partnership, they collaborated and won MoMA's Organic Furniture Competition, using a method of shaping and molding plywood into complex shapes — a method that they would use throughout their illustrious career together.

After the competition, the couple were commissioned by the U.S. military to create affordable, lightweight, form-fitting leg splits. Just as they did before, they used their plywood shaping technique to create splints that met all the criteria.

Who the hell cares about leg splints?

Well, the leg splints were a big deal. On one hand, it was an improvement over the then-popular metal splints. By using form-fitting wood, it would absorb any vibration, preventing injured soldiers from feeling more pain. On the other hand, the leg splint played a vital role in their design philosophy.

To start, the splint allowed them to perfect the molding techniques they were using at the time. It was something designed to be mass-produced. Up until that point, their designs were fine on the one-off, but never maintained the same quality at high volumes. The splint was a step forward. It helped pave the way for their designs to see a mass market. 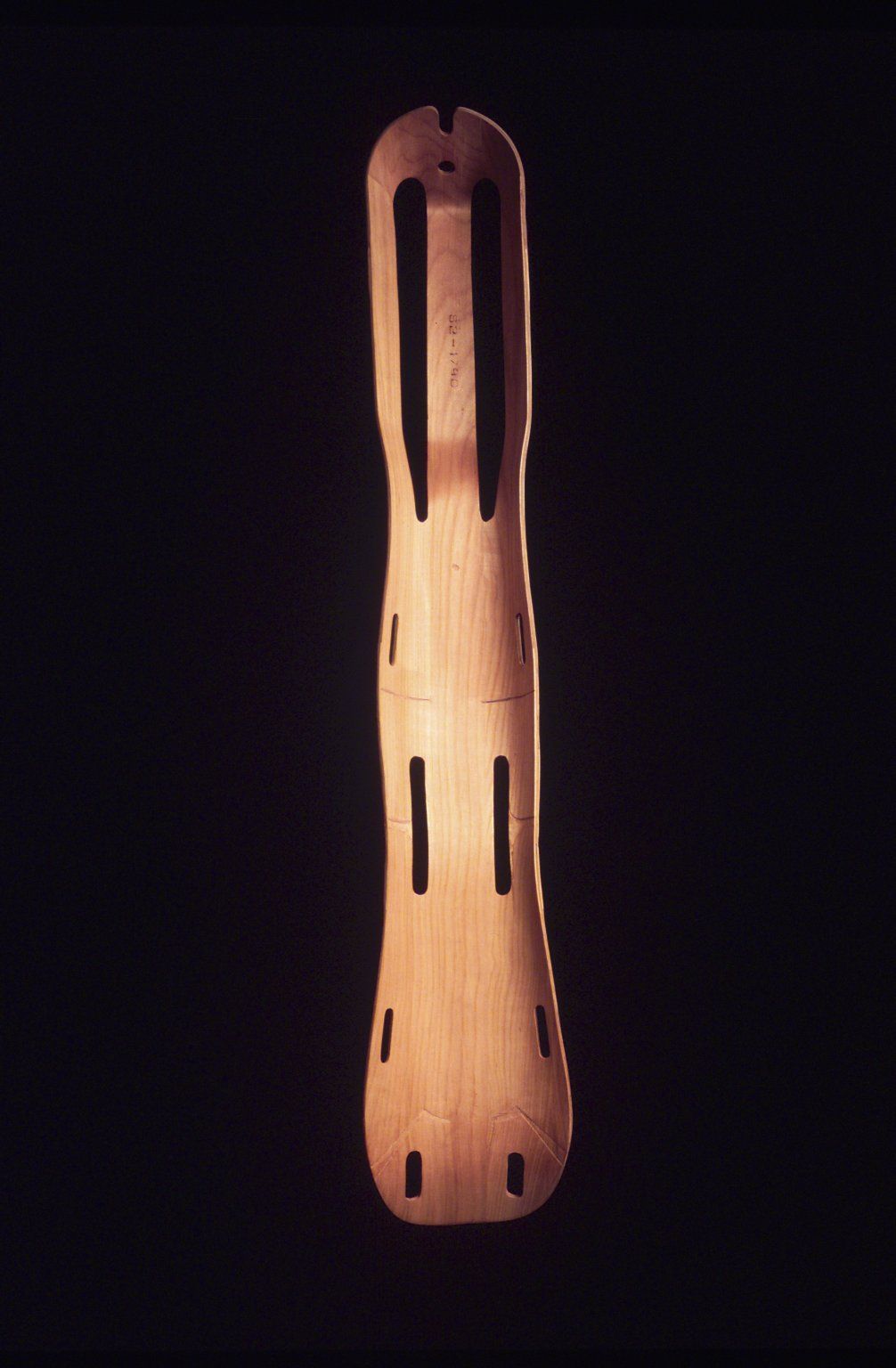 To add to it, the shape of the splint said everything about the Eames philosophy. To put it simply: it looks like a leg. It's not just a wooden tube. It was designed to fit and cradle the human leg. This idea of being designed to fit around humans occurs again and again throughout everything the couple would go on to make.

The Eames Chair(s). When most people think of what Eames is, they think of the famous, widely recognizable Lounge Chair. It oozes the comfort and class of those well-to-do in mid-century America. It transports you to a skyscraper high above the streets of Manhattan, where you feel like you need a suit or a dress just and a $35 cocktail just to sit in it. 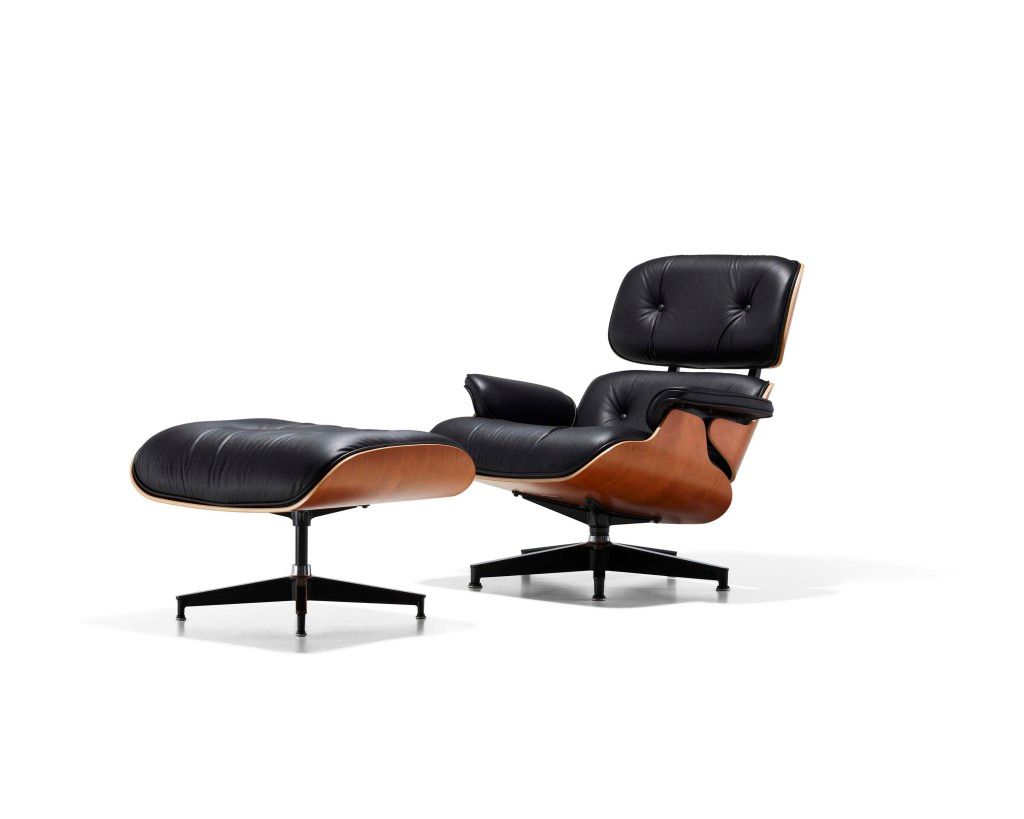 At the time of its premier, the Lounge Chair was quite different for what Eames produced up until that point. Where plywood was shaped to hold the body, it was also utilitarian, meant to be mass-produced and minimal in what it offered. But the Lounge Chair was (and still is) a thing of luxury. It was cushioned, and done in such a way that it almost looked like it would burst at the tufted buttons. And the upholstery was leather. Nice leather. The kind of leather that stresses you out when your pet gets too close it. And the matching ottoman. Who could forget the matching ottoman? That is what truly set it apart.

If you think of what a chair does, you're thinking it helps you sit upright. And largely, you'd be right. But with the ottoman, you were encouraged to lay back. Again, to be held in a way that only Eames designs could hold you, but to do so in a more comforted, bespoke way.

Of course, the Lounge Chair isn't even their most famous design. That title belongs to the LCW, also known as the (are you ready for this?) Lounge Chair... Wood. Rewind to the competition Charles and Ray collaborated on and you'll find they were working on a prototype of this chair, not yet ready to be mass-produced. 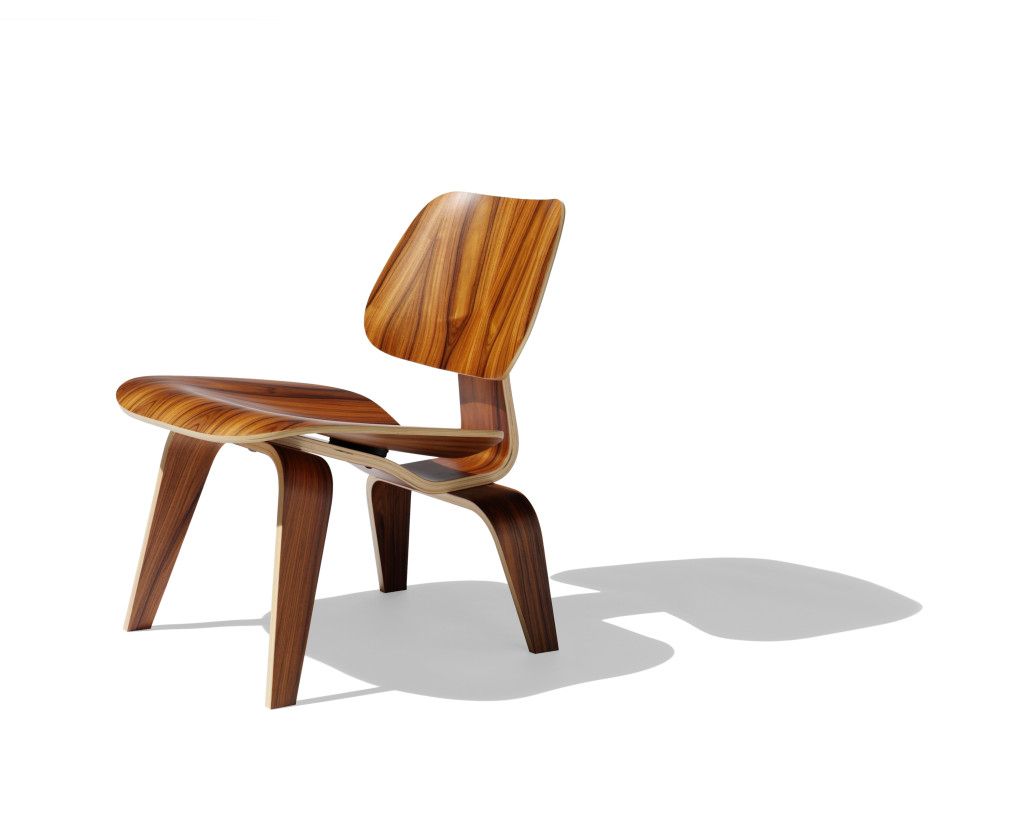 Once called "the chair of the century" by TIME Magazine's Esther McCoy, the LCW set the stage for what something as simple as a chair could be. It was, obviously, made from molded plywood and with the intention to fit the human body and hold the body in place. Yet, unlike it's futuristic descendent, the LCW was utilitarian by design. It was low to the ground and comfortable, but it was a chair in the definition it held you upright. In lieu of cushioning, it was sleek and sexy.

Beyond these two designs were countless others still around today. Which brings us to our next part, appropriately titled:

The Eames legacy lives on in two ways: first, with original manufacturing. Sure, if you want a cheap replica, a swift search through Wayfair will give you what you're looking for. But if you want to experience the unique, genuine design, you can only do so through Herman Miller, Inc. in the States and Vitra International if you live abroad.

But more importantly, their legacy lives on through their philosophy. Together, the couple saw a point where art, design, and comfort all collide.

They created things to be used and enjoyed and loved over the years, but with a timeless design that prompts you to be gentle with it, as if it were a work of art due to fold in on itself.

They created things that were (and still are) trendy. If it has dowel legs or a bucket seat, Eames had an influence on it.

They created things that were designed with humans in mind. Where we so often look for things to fit a given space — like a railroad apartment in Brooklyn — we just as often fail to look for things meant to fit us as creatures of comfort.